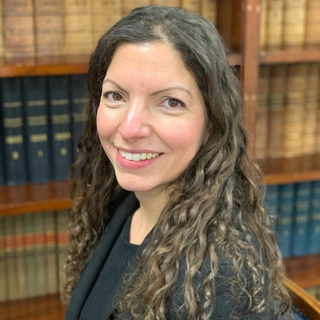 Email Me
Visit my LinkedIn Profile
Mary qualified as a Barrister in 2008 and went on to cross qualify as a Solicitor in 2011 where she has developed experience in a varied criminal caseload dealing with cases from the police station, Magistrates’ Court and the Crown Court. She acts as an advocate in the Magistrates’ Court at remand hearings and trials where she vigorously defends her clients. Mary regularly deals with specialist teams including the National Crime Agency, Serious Fraud Office, Trident, Flying Squad and Sapphire Unit.

Mary is known to be a tenacious lawyer and defends those facing the most serious and complex offences, including murder, kidnap, rape, sexual offences, drug offences, armed robbery, blackmail, fraud and money laundering.

Mary vehemently believes in the presumption of innocence until proven guilty.

Magistrates’ Court trials have included:
R v MF (2015): Domestic Assault, Acquitted
R v AA (2016): Fraudulent evasion of VAT and Duty, Guilty Plea – Stand alone compensation order
R v MA (2019): Assault, Acquitted
R v AR (2016): Trespass with intent to commit a sexual offence. This was an interesting case, the Defendant was taken to hospital after his arrest where he was detained under the Mental Health Act for treatment, he was released and interviewed by the police 6 weeks later following which he was charged. After a lengthy trial the Defendant was acquitted.

In her spare time, Mary enjoys going for walks, yoga, cooking and travelling.

“I have been extremely satisfied with all aspects of your service.“

“I would highly recommend Penman Sedgwick! I was stopped on a rail journey for buying a child’s ticket instead of an adults. I received notification that the Train Operator was going to prosecute me …speed was of the essence as a court date was being set and Mary Kyriacou conducted an interview with me within 24 hours of instruction. Within one week my case was settled out of court by way of a fine and most importantly with no criminal record. I cannot recommend Mary highly enough!“