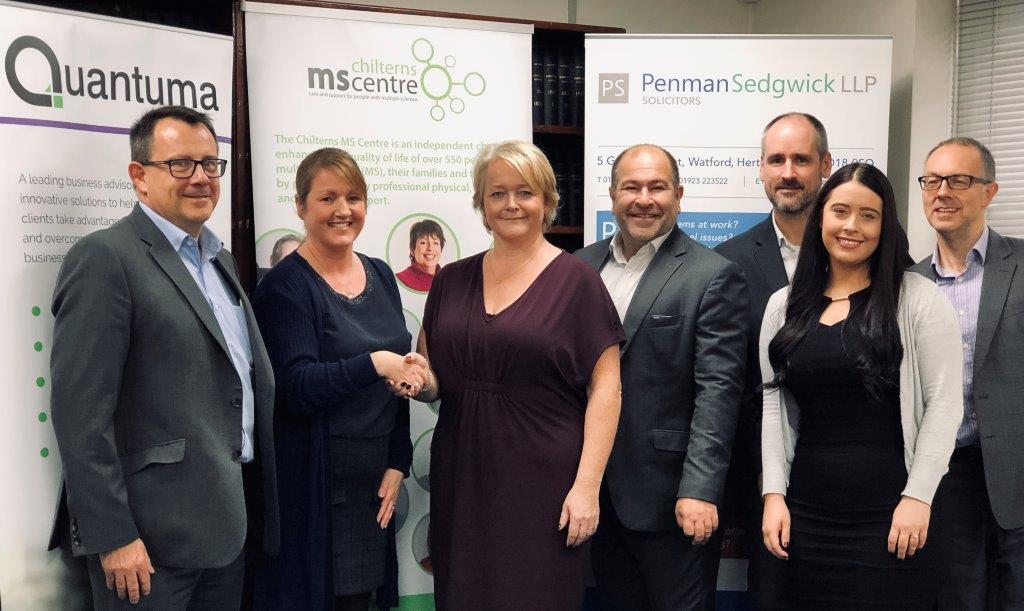 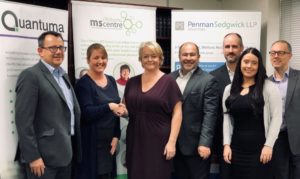 Penman Sedgwick’s team of “Problem Solvers” pitted their wits against 10 other teams at Moor Park Mansion and against 119 teams nationally – the quiz was being run by all Quantuma offices around the country simultaneously, as part of their 5th Anniversary celebrations.

We are delighted to say that not only did Penman Sedgwick come first in Watford, we also came first nationally. The even better news is that our chosen charity – the Chilterns MS Centre – will benefit hugely from this as 35% of all entry donations from the quiz teams across the country are being donated to the Chilterns MS Centre (with Quantuma’s chosen charity receiving 25%, and the charities chosen by the second and third placed teams also benefitting).

The Chilterns MS Centre is based in Wendover, Buckinghamshire, and provides valuable care and support to people with Multiple Sclerosis (MS) by offering a whole range of therapies and treatments including physiotherapy, occupational therapy and reflexology. They treat more than 300 patients each week and as a local independent charity they rely heavily on donations and fundraising. Penman Sedgwick already support the Chilterns MS Centre as one of their “Corporate Friends”.

Team leader Claire Miller said “I know that the Chilterns MS Centre relies massively on donations and fundraising efforts, and the timing of this unexpected windfall for them is fantastic. My personal thanks go to all the team – Stephen, Leanne, Krupa, Julie “very useful” Farrell and Stuart “Montevideo” Mercer. You were all brilliant!”

Four of the winning team members met with Sharon Cooper from the Chiltern MS Centre and Tim Harrop and Nick Simmonds both from Quantuma at a presentation at our offices today.